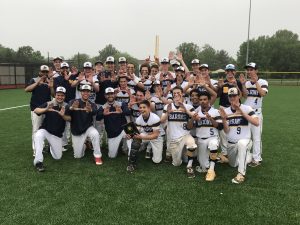 The 2018 B-CC Barons seasons draws to a close, with the squad advancing to the state semi-finals for the first time in 29 years.  The Barons finished with a 16-7 record, finishing 6-0 in 4A South division play and earning a 4A West Region Championship.  The following Barons were honored for their stellar seasons:

Congratulations on a great season…see you in 2019!